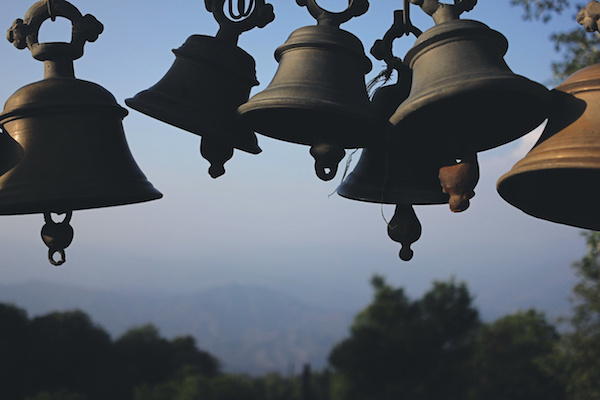 Every year, the Graduate Management Admission Council (GMAC) takes a close look at everyone’s GMAT scores. They find the average GMAT score for all test takers, plus they calculate mean scores by different demographics, like gender and region of citizenship. All of this number crunching helps GMAC see trends in scores over time and ensure that the GMAT is a valid test for people across the world.

Read on to learn how everyone does on the GMAT and to see whether your scores are competitive. You’ll also find data on the average GMAT scores of accepted students at almost 50 business schools!

Let’s start with the most recent data we have on GMAT scores for all test takers. What is the average GMAT score?

You might be surprised to see that average Quantitative scores are a lot higher than average Verbal scores. Math scores have gone up over time, perhaps as more and more student from math-proficient countries across the world take the GMAT.

As the test becomes more international, students have especially strong math skills but weaker verbal skills, since English may not be their native language. As a result of this trend, you’ll find that it’s now harder to rank in a high percentile for Quantitative than it is for Verbal.

We’ll discuss trends in average GMAT scores over time in more detail below, but first, let’s take a look at the GMAT average score by gender and region of citizenship.

The most recent data we have on average GMAT scores by gender also comes from GMAC’s 2013 Profile of GMAT Candidates Executive Summary. This chart shows the GMAT average scores for men and women for testing year 2013.

In addition to finding mean scores by gender, GMAC also analyzes data by region of citizenship. The chart below shows GMAT average scores by region for 2016.

To give you a sense of testing trends in your region of citizenship, GMAC crunched the numbers for Africa, East and Southeast Asia, the Middle East, and other regions across the world. This chart shows the GMAT average scores by region for testing year 2016.

Some regions average higher than the worldwide mean of 558, while some fall lower. The Australia & Pacific Islands area takes the prize for highest GMAT score averages, with a whopping 610! (Note it also had the lowest number of exams taken, so the students coming from this region may be especially well prepared.)

If you’re interested in average GMAT scores by each individual country, you can find this data in GMAC’s official report.

Have average GMAT scores always looked like this? Read on to see how scores have shifted over the years.

How Have Average GMAT Scores Changed Over Time?

Has the GMAT average score increased, decreased, or stayed the same over time? To answer this question, consider the chart below showing the average total scores worldwide from 2012 to 2016.

For the most part, average GMAT scores have increased over time. This increase in average total scores likely reflects the overall increase in Quantitative scores.

As mentioned above, there are more excellent math scores on the GMAT than ever before. As a result, you need a higher score to rank in a high percentile for the Quantitative section today than you did in years past.

Besides making percentile rankings more competitive, does this trend in average scores affect what scores you need to get into business school?

What Is the Average GMAT Score for Business School?

So, what scores do you need to get in? That all depends on where you’re applying. Top schools tend to expect scores over 700, while less selective schools leave more wiggle room.

Let’s consider the GMAT average scores of accepted students at almost 50 business schools, some that are highly selective and others that are less so.

Remember, all of these scores are just averages, meaning some students got in with lower scores and some students had higher. In addition to your GMAT scores, your essays, recommendation letters, academic records, and work experience are also important parts of your application.

How to Find Average GMAT Scores for Business Schools

Most schools publish data on the GMAT average score of accepted students every year. You should be able to find this information in the admissions section of the school’s website. You can search around the school website or use a search engine to look for, “school name + average GMAT score.”

If you can’t find this information, then you should feel free to call up or email the admissions office of the school. While they probably won’t give you a score cutoff, they should be able to tell you the average GMAT scores of students who got in last year.

By doing this research, you can set specific goals for your own GMAT section and total scores. Then, you can start preparing to meet those goals and make your business school application the strongest it can be.

What Is the Average GMAT Score? Final Thoughts

GMAC analyzes the huge collection of GMAT data every year to calculate average scores for all test takers. By looking at average scores, you can gain a sense of how competitive your own scores are compared to those of other prospective business school students.

At the same time, you should be more concerned with the average scores of students who have been accepted to business schools that you’re interested in. For the most part, business programs want scores that are higher than the worldwide or national average.

In fact, the global average of 558 is quite low for many business school programs and would likely eliminate your application from consideration to the most selective business schools in the country and world.

When setting your own target GMAT scores, you should emphasize average scores from business schools, rather than the GMAT average score from the Graduate Management Admission Council. That way, you can figure out what you need to score and work towards achieving competitive GMAT scores.

Now you know all about average GMAT scores, but do you know how the test is scored? Check out this GMAT scoring guide to learn everything you need to know.