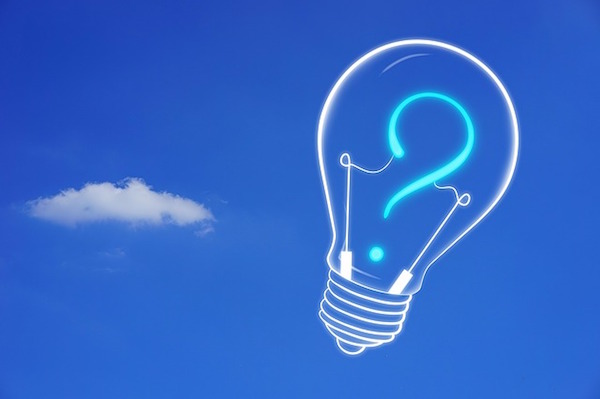 YOLO, IMO, tl;dr — these acronyms have nothing on GMAT, which has been in use for over 40 years. You may have heard this acronym for the business school test, but what does GMAT stand for? How did the exam start and how has it changed over the past half century?

This guide will you in on everything GMAT. If you ever find yourself at a GMAT-themed trivia night, you’ll be the star of the show.

What Does GMAT Stand For?

GMAT is an acronym for Graduate Management Admission Test. The test is so named because it’s used as a selection criterion for business graduate schools.

Business schools traditionally required the GMAT for admission, though most schools today will also accept the GRE (Graduate Exam) in its place. The majority of applicants still take the GMAT to apply to business school.

This business school exam is administered by the Graduate Management Admission Council, or GMAC. While we’re on the subject of acronyms, there are a few others you should know about that relate to the GMAT.

AWA, for instance, refers to the Analytical Writing Assessment section of the GMAT. AWA is always the first section. It’s 30 minutes and requires you to write an essay evaluating an argument.

The second section-related acronym is IR, which stands for Integrated Reasoning. This section, introduced to the GMAT in 2012, asks you to evaluate data from passages, charts, and graphs.

The other two sections usually aren’t abbreviated. They are the Quantitative section, sometimes unofficially referred to as the math section, and the Verbal section.

All of these four sections are meant to evaluate your skills and predict how well you would do in a business school classroom.

How long have graduate schools used the GMAT for MBA (Master’s of Business Administration), finance, and other business program admissions? NBow that you know what GMAT stands for, read on to learn about the GMAT’s storied past.

A Brief History of the GMAT

The year was 1953. Eisenhower had just taken office. The first Chevy Corvette was built in Michigan. And representatives from nine business schools — Columbia, Harvard, Northwestern, Rutgers, Seton Hall, University of Chicago, University of Michigan, University of Pennsylvania and Washington University in St. Louis — gathered together to form a test.

The Notorious Nine weren’t forming just any test, but an exam that would assess the skills of business school candidates in a standardized way. While no one else was in the room where it happened, the representatives emerged triumphant, having created the Admission Test for Graduate Study in Business (ATGSB? No wonder they changed the name in 1976). Today, we all know this admissions test as the Graduate Management Admissions Test, or GMAT.

Over two thousand people signed up to take the GMAT its first year. As time went on, the GMAT gained traction and became to go-to test for business school admissions.

Today, almost 250,000 students take the GMAT every year all across the continents, and over 5,900 programs at 2,100 schools use the test as part of their admissions process.

When the GMAT wasn’t busy taking the the world of business school admissions by storm, it was undergoing some changes. How has the GMAT changed from its older versions to the computer-based exam we all know and love today?

How Has the GMAT Changed Over Time?

GMAC has mixed things up over the years, slashing entire question types and even introducing a whole new GMAT section. Some of these changes were made in response to the GMAT’s increasing international popularity.

As more and more people took the GMAT across the world, the test makers decided to get rid of question types, like analogy and antonym questions, that relied too heavily on English language and idioms. These revisions represented an attempt to make the exam more fair to non-native English speakers.

In 1994, GMAC added the Analytical Writing Assessment section to assess writing skills. The whole exam became computer-based in 1997, and the Quantitative and Verbal sections became adaptive to ensure that each exam was unique.

The last time GMAC made big changes to the GMAT was in 2012, when it reduced the number of essay questions in the AWA section from two to one and introduced an entirely new section with Integrated Reasoning (IR). This section was added to reflect the skills of data interpretation that business students need today.

As for changes in policy, GMAC added some options for score cancellation and reinstatement in 2015 and 2016. Test takers now have a 72-hour window during which they can cancel their scores, and they can reinstate scores from any test taken on or after January 1, 2014. Cancelled scores won’t show up on GMAT score reports, so business schools never have to know. Plus, students can now retake the GMAT after 16 days, rather than having to wait 31, as was the previous rule.

One final change in the GMAT has to do with how scores translate to percentiles. Over the years, it has gotten increasingly harder to rank in a high percentile for total scores and quantitative scores. As more and more students score highly on the math section, percentiles have become more competitive.

If you’re planning to take the GMAT, you should research the average scores of accepted students at business schools you’re interested in. That way, you can have a sense of what scores you need, rather than relying on outdated myths, like the one that used to say you needed to score in the 80th percentile in math and verbal.

Content, policies, and scoring have changed over the years, so you should make sure you’re only paying attention to advice that’s relevant to the GMAT of today. In closing, let’s go over some of the key facts you should remember about the GMAT as you get ready to dominate your study group’s GMAT-themed trivia gala.

What Does GMAT Stand For? Key Takeaways

As you now know, GMAT stands for Graduate Management Admission Test. Your GMAT scores are an important piece of your application to business graduate school.

In fact, business programs have been relying on GMAT scores as a selection criterion since 1953. Through its changes, the test has always served the same purpose — to measure the quantitative, verbal, writing, and critical reasoning skills of applicants in a standardized way in order to predict their success in a business school classroom.

Since the GMAT is a challenging test, most test takers spend months preparing. Some people even take the GMAT more than once until they achieve their target score.

What’s your takeaway from all this, then? Once you’ve won the GMAT acronym trivia trophy, you should probably head home and hit the books (or more accurately, computer-based practice tests). This tricky test isn’t going to ace itself.

Now that you’ve been introduced to the history of the GMAT, it’s time to get to know the test itself. Check out this guide for a full overview of the structure, format, and content of the GMAT.

Where should you start with the mountain of GMAT study material? Check out our GMAT study schedules, plus tips for designing your personalized study plan.

Are you ready to commit to this test and pick a date? Learn how to register for the GMAT, step by step.